When my sister saw me feeding a few small chunks of ham to my pet pooch, she told me I was out of order. She said ham was bad for my dog but I must say I was not convinced. Therefore, I set out to find out if my dog can eat ham. 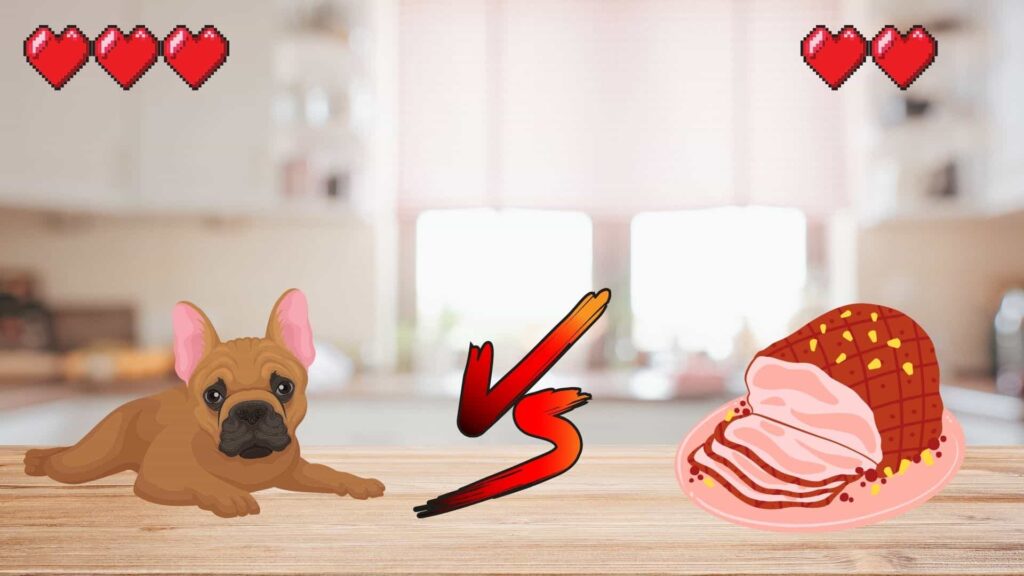 So, can dogs eat ham?

Ham is safe for dogs, but it is an unhealthy choice and best to be avoided. There are many better protein options for your dog. Store bought ham is often very high in sodium. Excess salt can cause dehydration and more serious health issues, including death. Some baked hams may contain sugar, which is unhealthy for dogs. Ham is also high in fat. This can lead to gastrointestinal discomfort and even pancreatitis. It can also lead to obesity in the long term. As with other meat, cooked bones should not be given to your dog since they can easily splinter and cause serious issues. Even raw bones can sometimes cause infection or constipation and blockages.

Are there any health benefits of ham for dogs?

Ham contains a high level of protein. The only benefit to them of eating ham is that they gain some extra protein. There are many other sources of protein better suited to your dog that are less harmful.

There are, therefore, no real benefits to be gained by feeding ham to your dog.

Why is ham bad for my dog?

Ham that is prepared for human consumption is highly processed. For ham to be processed high levels of salt are used, plus preservatives like nitrates and nitrites. So ham is bad for your dog for the following reasons:

Vomiting. Often dogs that have ingested too much salt will try to clear their body by vomiting.

Diarrhea. Again, your dog will try to clear the excess salt in its system by passing very loose stools or diarrhea.

Excessive thirst. Too much salt will give any person a thirst. It is the same for dogs. They need to dilute the salt by taking in more water and it is imperative that they do so quickly.

More serious conditions can arise from a diet high in salt:

Kidney damage. High levels of salt can cause a range of kidney problems. Your dog might find passing urine difficult or there may be blood showing in its urine.

Seizures. If your dog is really unlucky and reacts to the high level of salt in its diet, then this might show as fits or seizures.

Coma. Sometimes your dog’s body will just give up trying to deal with a high level of salt and will shut down. Slipping into coma is really serious development, and might well lead to

Death. This might seem extreme but it has been known for a dog to slip into a coma caused by a high salt diet and never recover.

It is easy to give your dog a low salt diet. Avoiding ham and other processed pork products will help.

What can I feed my dog instead of ham?

If you are keen to include some pork meat in your dog’s diet, then your choice is limited. Many pork products are highly processed and should be avoided.

Non-processed pork, like a pork chop or a piece of roast pork is okay. Pork, though, is a fatty meat. Cut away the fat from the chop or the slice of roast pork. The lean meat that’s left is good and quite safe. Chop it up into small bits and add it to kibble or to a meal of branded wet food.

It is possible that you dog might be allergic to ham. Th

Allergic reactions are quite a problem for dog owners as some of the symptoms are common to other health issues. Signs of an allergic reaction can include:

Itchiness. More frequent a more intense scratching might mean a reaction to a particular food.

Rash. Your pet might come out in a skin rash that it desperately wants to scratch.

Red and watery eyes. Often an allergic reaction might cause your pet’s eyes to become red and begin to water profusely.

Sneezing. Uncontrolled sneezing is often a sign of an allergic reaction.

Vomiting. Your pet might begin to vomit but this should be taken with the other signs. Check for another problem first.

To be on the safe side, do not feed ham to your dog. You can then be sure that you will not put its health at risk. 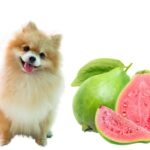 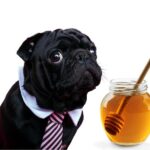 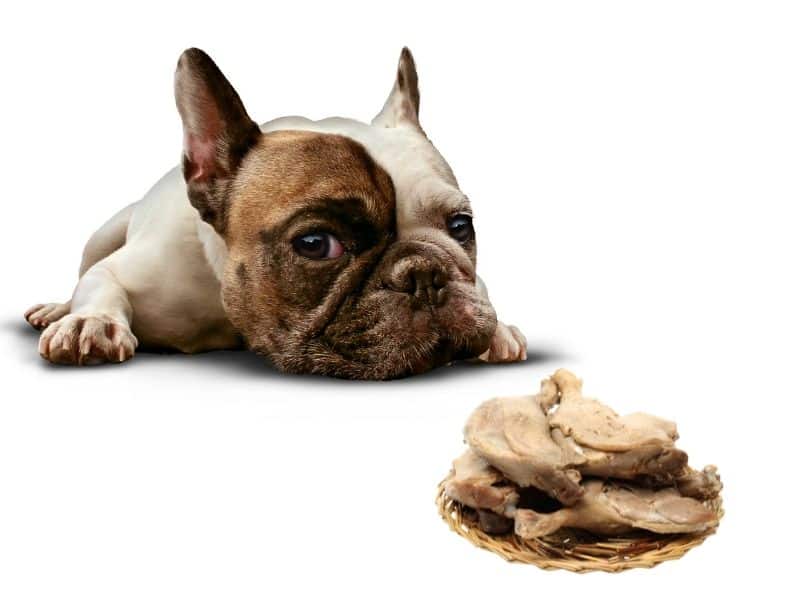 Duck meat is quite healthy and very delicious by nature. As much as it is liked by many people all… 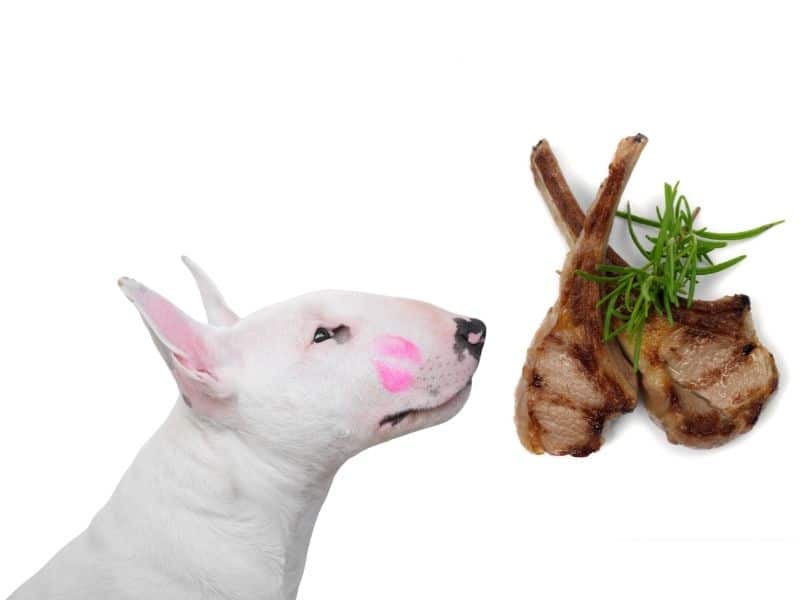 Can dogs eat lamb? Yes, dogs can eat lamb because it is high in protein. Protein is required by dogs… 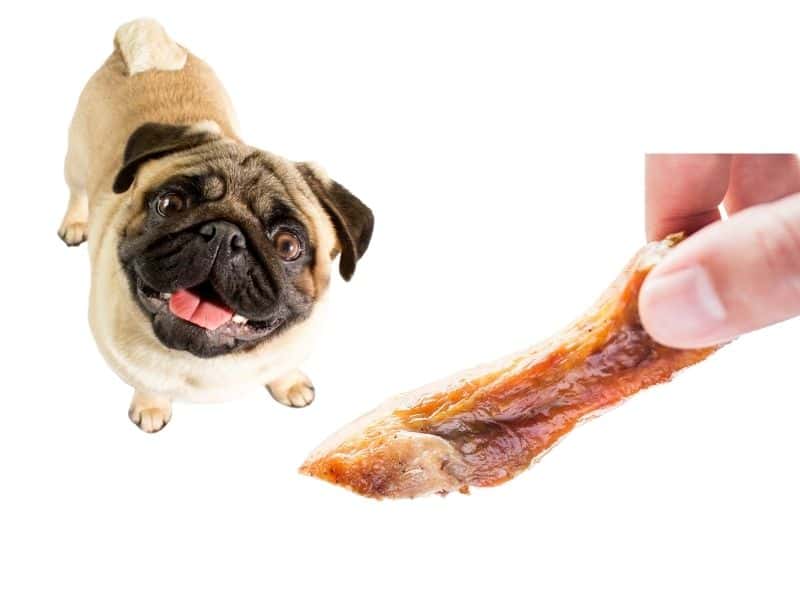 In most cases, dog owners regard their pets as part of the family. We often forget that they don’t have…